[Updated] Digital Inclinometer System: Introduction & How does it Work

Encardio Rite’s Model EAN-26 readout unit can be used to log profiles of boreholes up to 300 meters deep in 0.5/1.0 meters increment or up to 999 feet deep in 2.0/4.0 feet increment, using either biaxial or uniaxial inclinometers.The readout unit can store readings from more than 1000 boreholes. 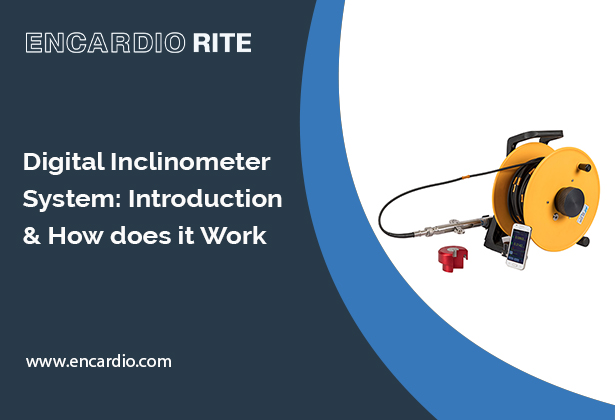 [Updated] Digital Inclinometer System: Introduction & How does it Work

Encardio Rite’s Model EAN-26 readout unit can be used to log profiles of boreholes up to 300 meters deep in 0.5/1.0 meters increment or up to 999 feet deep in 2.0/4.0 feet increment, using either biaxial or uniaxial inclinometers.The readout unit can store readings from more than 1000 boreholes.

An inclinometer is a geotechnical instrument employed in the measurement of the magnitude of inclination or tilt, along with its variation with time in several structures. For the same purpose, a digital inclinometer makes use of an Android OS mobile phone having a Bluetooth wireless interface as a readout device. The latest Android devices have a large 800 x 480-pixel colour display with a responsive touch screen that makes it easy to read while logging boreholes.

Encardio Rite’s Model EAN-26 readout unit can be used to log profiles of boreholes up to 300 meters deep in 0.5/1.0 meters increment or up to 999 feet deep in 2.0/4.0 feet increment, using either biaxial or uniaxial inclinometers.
The readout unit can store readings from more than 1000 boreholes. The data remains even if the power is turned off. The logged data can also be uploaded to a remote FTP server using GPRS/3G cellular network. It can also be easily imported to third party inclinometer data presentation software like GTilt or a spreadsheet program like Microsoft Excel. Since the readout unit is a mobile phone, most of the people are familiar with its operation.
In this article, we will be explaining what a digital inclinometer is, where it is used, and how it works.

What is a Digital Inclinometer?

If you’re wondering what a digital inclinometer is, here is your answer for it.

A digital inclinometer system makes use of a traversing type digital tilt sensing probe that is attached to a reel unit. The reel unit is made up of a winding reel that holds the cable and a wireless Bluetooth relay unit that transmits the digital probe data to the readout unit. The Cable Reel Unit also has a rechargeable battery that supplies power to the entire system.

Encardio Rite offers two high-precision digital inclinometers; Vertical and Horizontal, which are some of the most reliable sensors produced anywhere in the world. 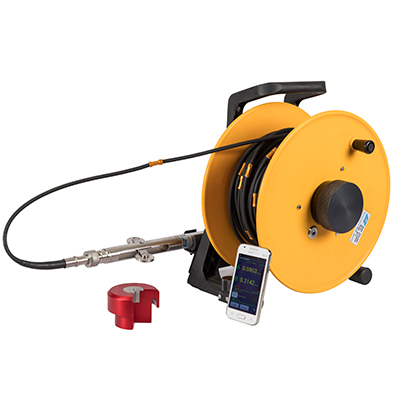 The digital MEMS inclinometer system is used for measuring lateral movement in applications like:

The digital inclinometer system provides significant quantitative data on the magnitude of inclination and its variation with time. It gives complete information on the pattern of deformation and effectiveness of construction control measures.

The digital inclinometer sensor helps in monitoring behaviour after construction and indicates potentially dangerous conditions that may adversely affect the stability of the structure, its foundation and surrounding area.

It also provides essential data for design improvement to promote safer and economical design and construction. The EAN-26 digital inclinometer system is an accurate instrumentation system. Its readout (Android-based mobile device) has built-in data storage facilities and capability of transferring stored data to a computer.

The inclinometer probe operates in a plastic grooved casing which may be “built-up” with embankment fill, inserted into boreholes or attached externally to structures or hillsides. The inclinometer casing may be installed with telescopic couplings as construction progresses providing an opportunity for settlement measurements. It may be installed with butt joints in drill holes, abutments or completed embankments if no significant settlement is anticipated.

If you want to know how to use a digital inclinometer system, take a look at the installation procedure shared in the article listed below.

How does Digital Inclinometer Work?

The inclinometer probes use an accelerometer to measure the tilt angle from the true vertical line or horizontal plane with respect to the earth’s surface. The accelerometer itself measures the change in acceleration due to gravity felt by it as it rotates about a horizontal axis.

It is powered with a 7.2 V compact size rechargeable battery. The power ON/OFF pushbutton is provided on the reel’s disk near the battery holder. The cable reel uses two core cables to interface with the digital inclinometer probe.

The length of the cable varies depending on the ordered option. Ferrules are crimped on cable at defined intervals to suspend the probe in a borehole. Cable reels are supplied with an ordered length of cable marked at constant distances with ferrules in either metric or imperial units of measurement. 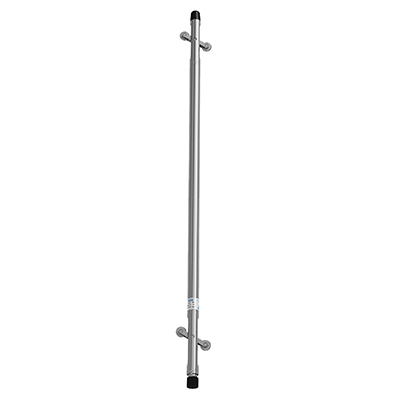 Magnetic Digital Inclinometer probes usually use accelerometers as the basic tilt sensor. In addition, some kind of signal conditioning is also carried out to boost the signal voltage and then doing analogue to digital conversion to make it suitable for noise-free transmission over long cables.

The EAN-26R cable reel is designed for use with probes that require an excitation voltage of +12 to +30 V. The probe calibration is independent of the reel configuration. The Smart Tool Digital Inclinometer probe uses two MEMS sensors that are mounted orthogonally inside the probe.

They measure the tilt of the probe along a plane passing through the two-wheel arms and the other in a plane perpendicular to the first. As the measurement of inclination in two orthogonal directions is simultaneously available, the probes are known as a bi-axial probe.

The EAN-26 digital probe gives the output in digital form (in a numeric form). The output value is the distance between the two wheels multiplied by the sine of the angle of tilt in that plane. So essentially, the output of the probe is the horizontal displacement of the top wheel arm centre from an axis passing through the centre of the bottom wheel arm assembly along the plane of rotation or tilt.

Here we come to the end of the article on the digital inclinometer system and its operating principle. We hope you might have found this helpful. If you have queries and suggestions, feel free to drop them below in the comments section.