Load Cell is a type of transducer that converts force into measurable electrical output. However, they don’t work without being paired up with external sensors such as strain gauges. Strain Gauges are thin elastic materials made up of stainless steel and are fixed inside the load cell. The force exerted on the load cell tends to deform the strain gauge. This deformation causes a change in resistance which is then converted to the readable unit to determine the weight of an object

Advantages of a Load Cell

It is extensively used to determine the load in rock bolts, tiebacks, foundation anchors, cables or struts depending on the application. It is also used for compressive load measurement between structural members i.e. tunnel supports or at the junction between a beam and the top of a pile strut. The load applied to the cell can be measured by using any standard digital read-out unit suitable for resistance strain gauge applications.

The Encardio Rite model ELC-30S-H is a precision-engineered high capacity load cell with a central cylindrical hole. It is specially designed for civil engineering applications. It is available in capacities ranging from 3500 kN to 10000 kN. It generally uses eight 350 Ohm resistance strain gages, wired to form a 700 Ohm Bridge for capacity 3500 kN and 5000 kN. For capacities above 5000 kN, sixteen 350 Ohm resistance strain gages are used to form 1400 Ohm Bridge.

The Encardio Rite Model ELC-31V is a precision-engineered vibrating wire hydraulic centre hole load cell. It is fluid-filled and is constructed from stainless steel, and is available in capacities ranging from 250 kN to 2000 kN. The data from the vibrating wire pressure transducer can be read by the Model EDI-51V read-out data logger. The data can also be remotely read by the Model EDAS-10 automatic data acquisition system.

The Encardio Rite Model ELC-32V is a precision-engineered load cell sensor with a central cylindrical hole. It is available in capacities ranging from 250 kN to 3500 kN. Higher capacity load cells and those having an internal diameter different from the standard specified range are available on request.

The Encardio Rite Model ELC-210S resistive strain gauge type compression load cell is a heavy-duty precision load cell. It is specially designed to meet the increasing demand in load measurement with a high degree of accuracy and reliability. 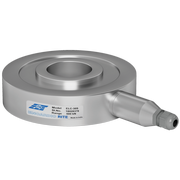 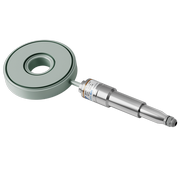 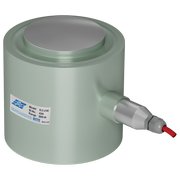 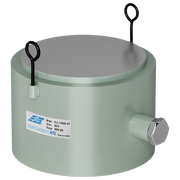