Geotechnical Monitoring involves the application of multiple geotechnical instruments, each designed for specific function and usage in different conditions. These monitoring sensors are curated to be extremely reliable, durable, and weather-proof in many conditions.

What is an Inclinometer?

An inclinometer is a geotechnical sensor designed to measure the magnitude of inclination or tilt and its variation with time in structures like retaining/diaphragm walls, piles etc. The bent is either depicted in percentage or degrees concerning gravity.

Inclinometer sensors are used to measure the slope gradient during activities like tunnelling, excavation and dewatering. Such activities affect the ground that supports the structure.

Encardio Rite is one of the world’s leading manufacturers and suppliers of Inclinometers and deals with the most advanced MEMS digital inclinometer systems.

How does an Inclinometer work?

The inclinometer probes are built using two types of accelerometers:

Servo-Accelerometer: The force-balanced sensing elements housed in an inclinometer probe detect the change in tilt (from reference). The probe consists of a couple of biaxial servo-accelerometers. It is fitted with two sets of spring-pressured wheels to guide the probe along the longitudinal grooves of the inclinometer casing.

MEMS Accelerometer: Such inclinometers are termed MEMS Inclinometers. Currently, the MEMS (Micro-Electro-Mechanical Systems) technology is being used to build the tilt sensor probe. The MEMS consist of mechanical elements, sensors, actuators and electronics on a common silicon substrate through microfabrication technology.

An inclinometer may find its use in the following area:

The EAN-26M model is one of the most advanced MEMS digital inclinometer systems in the world. It uses an Android mobile phone as a readout and data storage unit.

This system is used to measure the lateral movement and deformation of a structure. It provides information about a magnitude of inclination or tilt and its variation with time in structures like retaining/diaphragm walls, piles, etc.

Model EAN-53MW is the most advanced wireless in-place inclinometer (IPI) system, designed to measure the lateral movement of earthworks or structures. This is used in critical applications where real-time monitoring and early warning is required to protect life and valuable assets.

The wireless IPI system consists of an array of digital inclination sensors, placed inside the inclinometer gage well. The IPI sensor array is interfaced with the wireless network through a Node that allows sensors to send recorded data to the Gateway through a long-range radio frequency wireless communication network. The Gateway then uploads all the collected sensor data to the central/cloud server.

Its data logging and real-time monitoring feature help to provide early warning in case of failures. It also helps in observing the behaviour of ground movement after construction and indicates potentially dangerous conditions that may adversely affect the stability of the structure and its foundation.

Model EAN-26M digital inclinometer system consists of a traversing type digital biaxial tilt-sensing probe and a reel unit. The reel unit contains a winding reel that holds the cable and a wireless Bluetooth relay unit that transmits the probe data to the data logger.

The inclinometer casings may be installed in a borehole, embedded in fill or concrete during construction or fixed to the face of a completed structure. These are self-aligning ABS casings with longitudinal keyways at 90˚ for probe orientation.

Encardio Rite’s Inclinometers are manufactured under the guidance of experts, and are one of the most reliable, robust, accurate, and low-cost inclinometers in the market 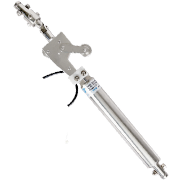 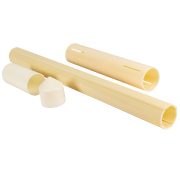 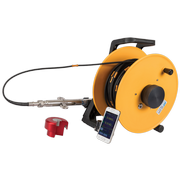 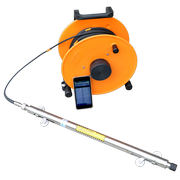 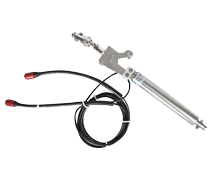 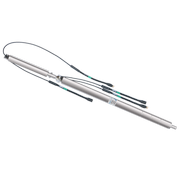