Rohtang Pass, now known as Atal Tunnel,  is a very famous and popular mountain pass, almost 13,058 ft, situated on the eastern Pir Panjal Range of the Himalayas around 51 km from Manali. Especially known for its mesmerizing landscape, the pass connects the Kullu Valley with the Lahaul and Spiti Valleys of Himachal Pradesh, India.

The construction of the tunnel was very much awaited and was finally inaugurated on Oct 3rd 2020 by India´s Prime Minister Narendra Modi.

Now that we have introduced the Rohtang Atal Tunnel, let’s see Encardio Rite’s project overview, the instrument used, and the services provided.

Recognized as one of the highest trafficable passes in the world, the Rohtang pass is designed to create an all-weather route to Leh and Lahaul and Spiti valleys in Himachal Pradesh. The Rohtang Pass Highway Tunnel is situated in the Western Himalaya region of Northern India with its altitude of 3,980 m. With a length of 9.02km, it is also the longest tunnel in the world at an altitude of over 3,000 metres or 10,000 feet above mean sea level.

For about four months, the pass is covered with white sheets of heaviest snowfall and blizzards, making the route inaccessible for anyone.

Renamed after the former Prime Minister of India, Mr. Atal Bihari Vajpayee, the tunnel reduces the travel distance from 4 to 6 hours to only 30 minutes. It also reduces the distance between Manali and Keylong by about 46 km (28.6 mi).

The Rohtang Atal Highway Tunnel with its 8.8km of length is the longest road tunnel in India situated at a high altitude. Apart from high altitude and uncooperative climate, the geological condition in the Himalaya was a big challenge faced by the Encardio Team. Braving the freezing weather, snowfall, frequent floods and thin air, the team soldiered forward, providing with the most accurate sensors and instrumentations.

The rocks found within the tunnel area are mainly schist and migmatite with expected disturbed zones and in some individual areas, high squeezing rock was also found.

Shape (cross-section) of the tunnel: Horseshoe 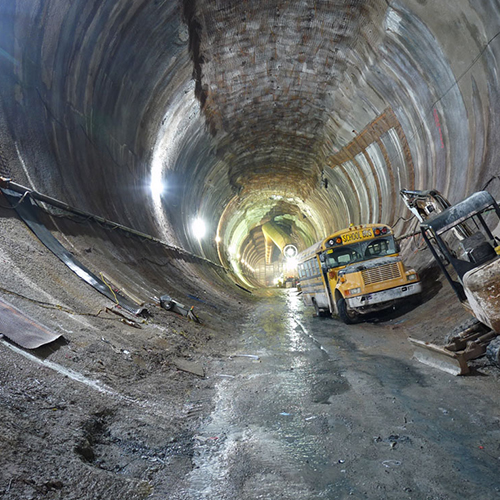 Being an expert and experienced in geotechnical monitoring, Encardio Rite provided world-class monitoring services during tunnelling. Apart from that, their team also made sure that they were one step ahead of any mishap by continuously conducting geophysical prediction by Tunnel.

Seismic Prediction System (TSP) before tunnelling which recognizes any early signs of fault or fracture zones, or zones where the rock mass characteristic changed. A geological prognosis could be given that enabled the tunnel site management to determine necessary forthcoming tunnelling measures.

Apart from that, a number of turnkey services were provided which are listed below.

Encardio Rite uses a list of instruments during the monitoring phase of the Rohtang Pass Tunnel. Have a look at it below: 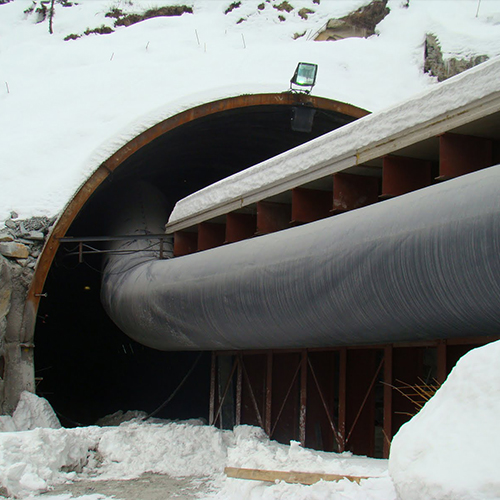 Apart from the monitoring services, turnkey services, and supply and installation of geotechnical instruments, an experienced and proficient I&M Encardio team was placed on the site to rapidly deliver reliable data and information, thereby ensuring the safety of people, structures, and construction.

Monitoring reports included interpretation of variations observed in instrument data and the factors likely to affect their behaviour e.g. construction, rock movement, etc. Such crucial information was provided to the contractor regularly.

The Rohtang Pass Tunnel is expected to be open for public later this year. It will definitely lead to a boost in tourism in the region. Apart from that, it will also connect the natives of Lahaul and Spiti valleys to the rest of the country as the tunnel will be functional even during the harsh weather conditions.

This was all about the longest and the most ambitious tunnel in India. If you’ve any questions or doubts, feel free to comment below.