The first line (Red) of the Dubai Metro, which covered 10 stations was inaugurated at 9:09:09 pm on 9 September 2009 by Mohammed bin Rashid Al Maktoum, Ruler of Dubai. Since then, the line has been expanded to serve 29 stations, while the green line now serves 20 stations. These two lines were constructed and monitored in two different phases, with each of one with their own set of challenges and difficulties.

In this article, we will be taking an in-depth look into the metro and underground monitoring, as well as the sensors and instruments used.

Let’s start with the basics – the importance of underground tunnel monitoring.

The instrumentation of underground tunnels helps us to study the behaviour of the tunnel with respect to the rheological behaviour of the rock mass. Any changes or shifts in the fault zones, walled sections, inflow, etc are quickly identified and prevented if need be.

Monitoring and Instrumentation prove to be useful even in the pre-construction phase as the sensors placed in the exploratory tunnels and boreholes done from the surface provides accurate information about the existing ground condition, which in turn helps to make a foolproof design accounting for the ground condition. 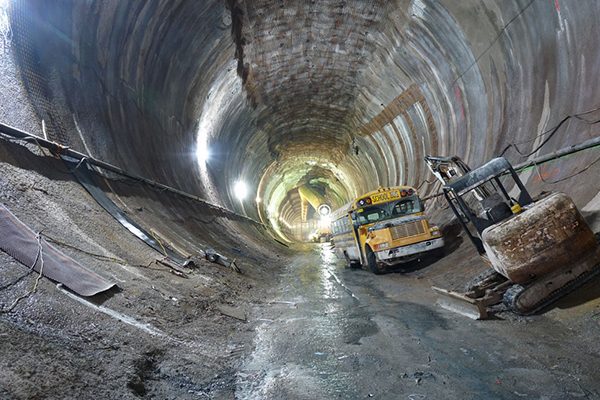 Post-construction, geotechnical monitoring helps to keep the entire structure stable, while looking out for signs of natural calamity like an earthquake, etc. This, in turn, assists in planning and optimizing the maintenance schedules.

Encardio Rite provides highly reliable and accurate in-house manufactured sensors that prove to perform even under the harshest conditions. Moreover, its web-based monitoring solutions work to provide long-term safety monitoring of tunnels. These instruments can be installed on the tunnel roof and at selected arrays along the walls of the tunnels to monitor vertical, horizontal and longitudinal in-tunnel direction deformation components. 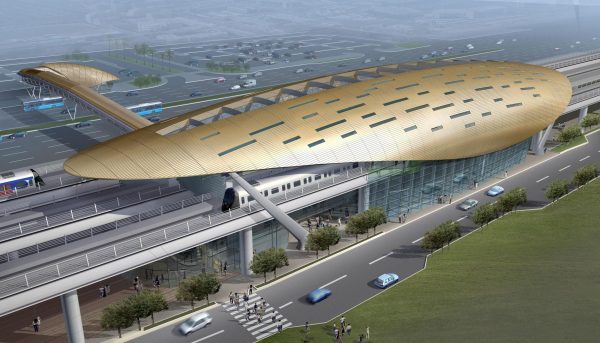 Dubai metro is the first urban network to run in the Gulf Arab States and is the longest automated driverless system in the world. With the metro running underground in the city centre, from the Sheikh Rashid/Sheikh Khalifa Bin Zayed intersection to Salahuddin/Abu Bakr Al Siddique intersection on the Red line and from Garhoud to Oud Metha Road on the Green line, it has provided a safe and swift commute to thousands of workers in the country.

The Green and Red line were the first to be monitored and constructed, which was done in two different phases.

Phase 1 included the Red Line running from Al-Rashidiya to Jebel Ali, a 53km long rail line connecting 26 stations. Out of this, 5.6 km of the line and four stations operated underground. This took place for 2006-2009.

The underground pre and post-construction work were carried out while ensuring that it won’t affect the buildings in the zone of influence. Encardio Rite and the team laid out a sound and reliable instrumentation and monitoring plan designed to meet the purpose.

| Also Read: Doha Metro Case Study: Monitoring One of The Most Advanced Rail Transit Systems in The World |

Encardio Rite was entrusted with the complete monitoring and surveying solutions for underground stations, tunnelling sections and structures falling within the zone of influence of the Red and Green Lines.

The work of the Red Line started in May 2006, where a team of 20 experienced engineers, team leaders, and project managers were stationed at the place of construction to oversee the accurate execution of the turnkey services as well as assist with the hurdles. The Red Line Phase was successfully completed in 2010. 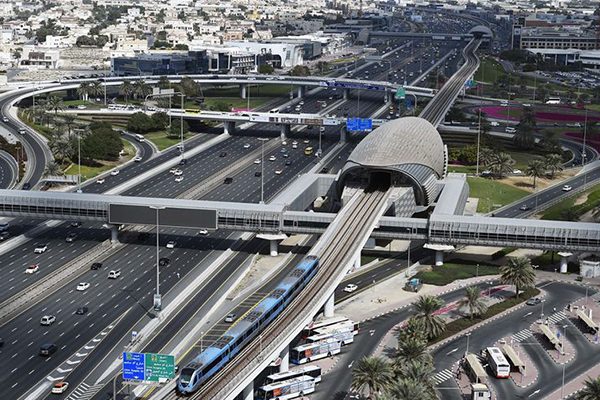 Inclinometer were used to accurately monitor lateral movement due to excavation and tunnelling works. and were installed in the ground, diaphragm walls, behind diaphragm walls, arrays running across tunnel alignments, etc.

Standpipe Piezometer was installed in monitoring arrays across tunnel alignments, and around the station area to monitor groundwater level.

These are used to keep an eye of the subsurface settlement which occur at various depths because of heavy construction practices like excavation and tunnelling.

They are used to measure stress or load during the preloading and loading time of the excavation period as the surrounding soil pressure is subjective to change. They are installed in struts.

Required to monitor settlement within the Zone of Influence (ZOI), they are installed on the buildings and structures.

They are used to monitor uniaxial or biaxial rotation/angle of buildings and structures tilt that fall within the Zone of Influence. They are placed on walls, supporting frames, floor slabs, etc.

As the name suggests, they are used to notice and measure any change in the crack width that may be induced by construction works. Naturally, they are installed across the existing cracks of buildings and structures that are placed near the construction zone.

Encardio Rite and team provided their dedicated service for almost 4 years. The Monitoring reports gathered during these times were provided which included interpretations of variations observed in data and the factors likely to influence their behaviours like construction, dewatering, third party activities etc. The Reports also incorporated progress charts that provided tunnel excavation details with respect to the monitoring data.

This was all about Encardio Rite’s Monitoring & Instrumentation services for the Dubai Metro. For more such articles, keep watching this space.

If you have any doubts or questions, feel free to comment below, and we will get back to you.